In 1854, St. Joachim Mission was named as such by Bishop Alexandre Taché because, according to the Catholic tradition, St. Joachim and St. Anne were the grandparents of Jesus. Such a familial link was useful for the missionaries as they initiated the Native and the Métis populations to the Christian faith because of their traditional respect for their elders. This also tied in with the earlier establishment of Lac Ste. Anne Mission at Lake of the Spirit or Devil’s Lake, which had been renamed in 1843. Initially St. Joachim mission was located within the walls of Fort Edmonton, but by 1876, the small squared log chapel was taken apart and rebuilt on a nine-acre site donated by Malcolm Groat, where the Catholic cemetery is today. A plaque on the southwest corner of 105 Avenue and 119 Street marks the approximate place where the church was rebuilt. Eventually it was replaced by a third church in 1882 on land acquired by Bishop Vital Grandin and is the site of the present-day Église Catholique Saint-Joachim (9928-110 Street), the fourth of the churches of this parish, built in 1898.

In 1895, Edmonton’s first hospital, the General Hospital, operated by the Sisters of Charity (Grey Nuns) of Montreal, was located nearby on 100 Avenue and 111 Street. Subsequent renovations and expansions have since placed the façade on Jasper Avenue. By 1907, it was a teaching hospital for doctors and nurses and in 1916, a group of visiting physicians proclaimed the hospital one of the best in the Commonwealth. The Sisters of Miséricorde, also from Montreal, in 1900 established Misericordia Hospital, a maternity hospital and home for unwed mothers. By 1906, their new hospital was built in the area, on the west side of 111 Street between 98 and 99 Avenue. The next year, they too opened a school of nursing from which nearly 1400 nurses graduated until the closure of the hospital in 1969. It was then that the new Misericordia Hospital was built in west end of the city. The old hospital was demolished in 1972.

The head offices for the Association canadienne-française de l’Alberta and the Franco-Albertan weekly La Survivance were for many years located on 109 Street as was CHFA, the French radio station which was later purchased by Radio-Canada. Many members of the French-Canadian community established themselves in the area, but few of these original homes remain; however, the residence of Judge Lucien Dubuc (11302 100 Avenue), who lived there from 1912 to 1956, still stands and is mentioned in the District of Oliver: Edmonton Historical Walking and Driving Tour, as is a little park, now largely overgrown, which Dubuc built on the edge of the river valley. 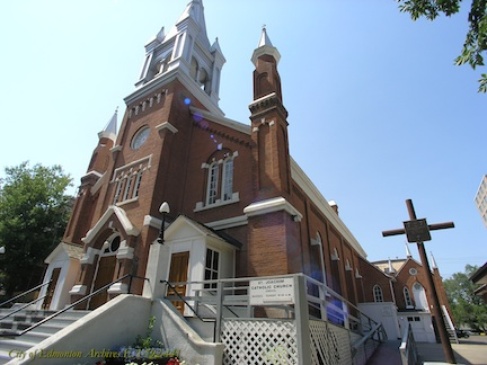 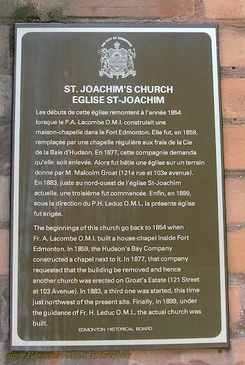