In 1912, William Magrath and Bidwell Holgate undertook to sub-divide a district at the east end of the Edmonton city boundary which they intended to become, and advertised as, the most exclusive residential district for the city, the Highlands. To ensure the elegance of this suburb, they made the lots extra large, reviewed the building plans of everyone seeking to acquire property there, and established a requirement that each residence would have to be at least twenty feet in from the edge of the property. They also built for themselves two of the most elaborate mansions to grace Edmonton.

Before the economic crash of World War One brought a halt to developments in the Highlands, a number of residences were in place to grace the neighbourhood. One of these was the Sheldon Residence, constructed in 1914. It was built, with a 3,500 dollar building permit, for Carleton Sheldon, an American teacher and corporate executive who had arrived in the city the year before to manage the Western Foundry and Machine Co., of which William Magrath was Vice-President. In 1916, Sheldon went on to manage the largest coal dealership in the city, the Humberston Coal Company. In 1922, he managed Coal Sellers Ltd., and, in 1932, he began his own firm, the Sheldon Coal Company. At the time, coal was the primary fuel in the city.

Carleton Sheldon passed away in 1943. His family however continued to occupy this residence until 1950. The Power family then acquired it.

Historically, the residence represents a period of time in Edmonton's history that featured rapid economic expansion, unbridled optimism for future development, and a desire for Edwardian elegance in social endeavours and in architecture. The nouveau riche of the community wanted to display their newfound wealth in styles popular in the east. Lavish new suburbs such as the Groat Estate, Windsor Park and the Highlands were an attempt to provide an element of upper class taste to the now burgeoning industrial city. It is as a key feature of the aspirations of Magrath and Holgate for the Highlands community that the Sheldon Residence is historically significant, for although added to in later years, the Highlands has retained the aura of pre-World War One upper class Edmonton. 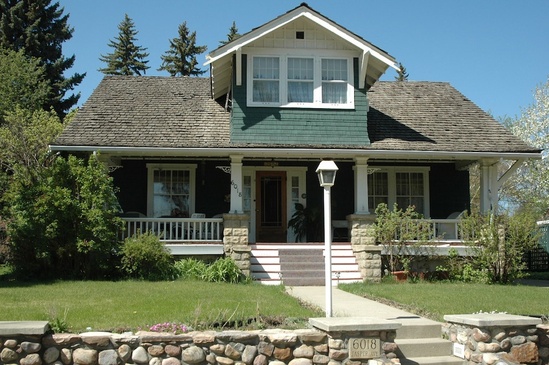