Walter Scott Robertson was born in St. John, New Brunswick in 1841.  He settled in Edmonton in 1882 and was soon appointed the first Sheriff of the Edmonton district.  Robertson served in that capacity until retiring, shortly before his death, in 1915.

Sheriff Robertson built this house in 1912 as his retirement home.  It was designed by Alfred M. Calderon, an Edmonton architect who also designed the LeMarchand Mansion.  Calderon was influenced by acclaimed American architect Frank Lloyd Wright, whose “Prairie – Style” house is reflected here.

The house features an octagonal cupola, located over a two storey rotunda containing a fieldstone fireplace.  The “porte chochere” or covered drive-through at the front was built for horse drawn carriages. 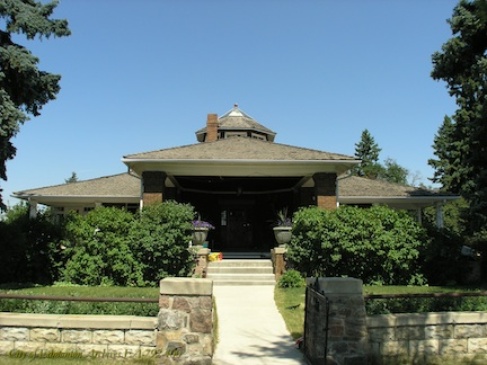 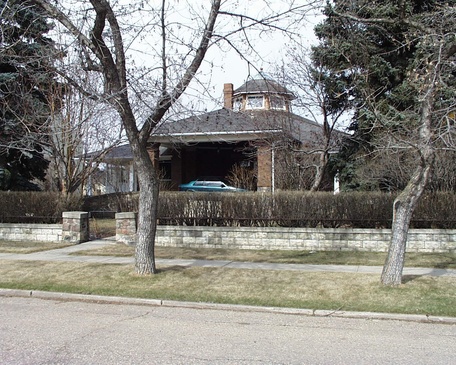 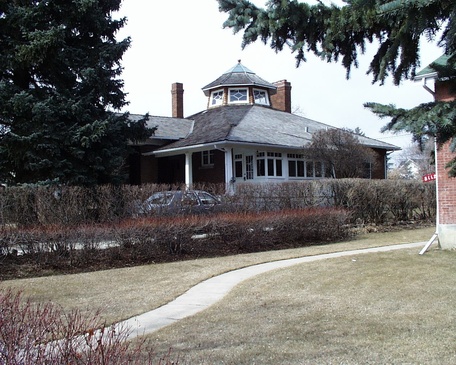 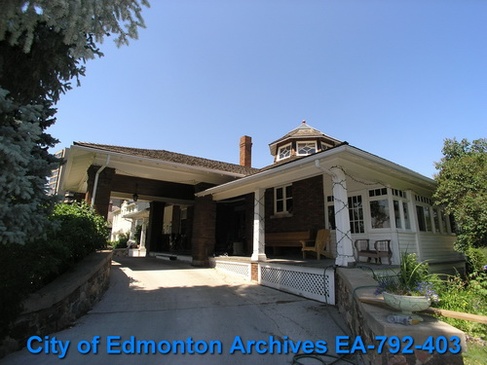 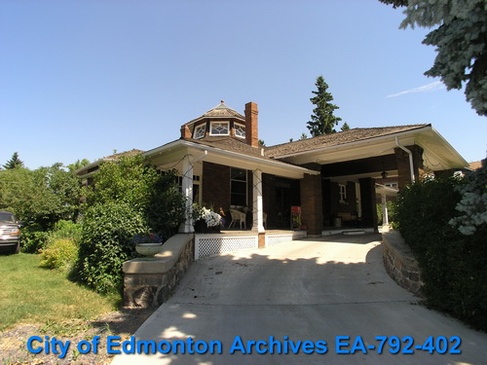 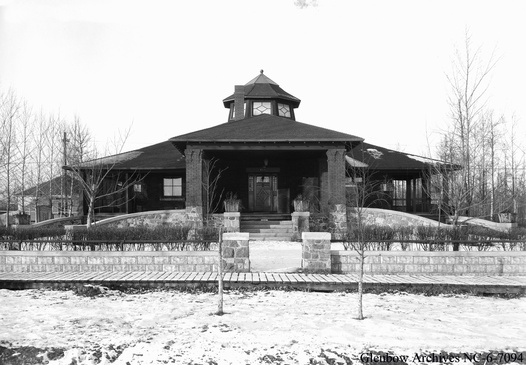 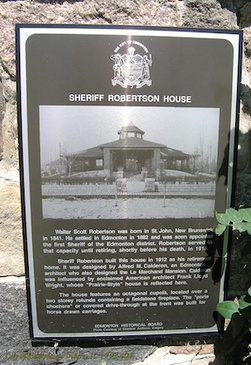