Among Edmonton’s most architecturally ambitious Mid-Century Modern buildings, St. Augustine’s Anglican Church reflects the changing theology of the day. It is a distinct example of a building designed to outwardly reflect the spiritual and ideological values of the congregation.

The church’s iconic roof, constructed of wooden glulam beams with cedar decking structure above, is a hyperbolic paraboloid form - swooping down from the steeple, over the altar, then up again over the sacristy. According to Reverend Glen Bresee, the minister presiding over the congregation during construction, the form tries to express “both the closeness and remoteness of God.” Discussion of the building in the press at the time commented on its “striking exterior design.” It was also described as looking like “the hull of a ship with one bare mast standing at the bow," and like a “ship with a fire in its hold”  - clearly demonstrating how architecturally progressive it was for its time.

Several architectural decisions reflected the new openness and focus on community participation within the church. Described in an Edmonton Journal article (1966)  as “a cross between the traditional church architecture and the new circular churches with the altar in the centre,” a link was drawn by those involved in the design between the architecture and the church’s theological ambitions. Reverend Glen Bresee described the architecture as reflecting changes in the theology of the church towards a new informality. The sweeping roof form, he said, suggested “God is in the centre, but... cannot be contained.” The organization of the nave has also been carefully conceived to better include lay people in services: the altar projects into the congregation, and even the cross is hung from the ceiling at the back of the sanctuary to avoid separating the minister and the congregation. The small scale of the church - just seven rows of pews - tries to maintain closeness of the community to the clergy, and paid homage to the early days of the congregation, when they met in each other’s homes. 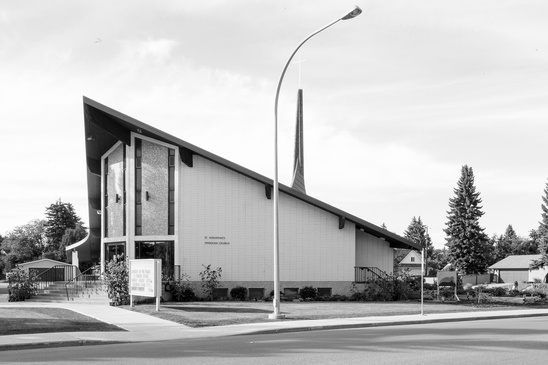 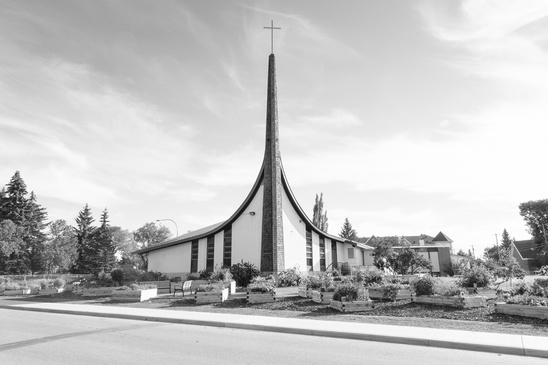 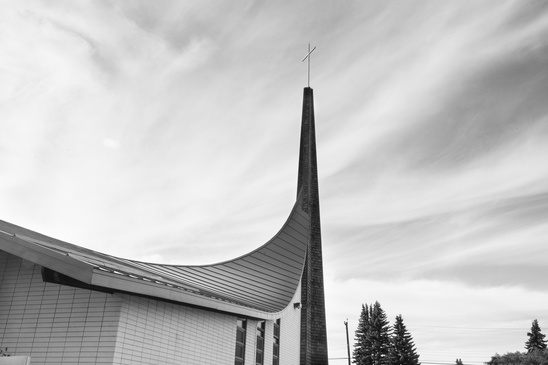 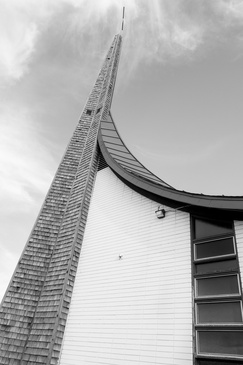