St. Josaphat Cathedral is one of Edmonton’s most beautiful and architecturally significant churches.  Constructed between 1939 and 1947 the Byzantine Cathedral combines Roman, American Colonial and Renaissance design.  Seven elaborate domes, a grand entrance, and rare and magnificent interior religious murals distinguish the church.

Father Philip Ruh, O.M.I., a priest who had studied architecture in Germany before being ordained in 1913, designed St. Josaphat.  His first assignment was so serve in Ukraine where he became familiar with the highly ornamented style of Byzantine architecture.  He arrived in Canada in 1911 to carry out missionary work among the Ukrainian settlers of Northern Alberta.  Erected in part by the labour of the parishioners, the church cost $100,000 less to build than the estimated $250,000.

Ruh’s design incorporates a number of architectural styles.  He added Roman influences to the cornices and cupolas, created a grand entrance with the use of Classic columns, and capped the structure with the Renaissance cupola domes.  The central and largest dome is open to the nave below.

Among the interior highlights of the church are the spectacular tempera frescoes on the walls and domes.  Professor Julian Bucmaniuk, an outstanding Ukrainian mural artist, painted most of the frescoes over a five-year period beginning in the 1950s.  He immigrated to Canada in 1950 after teaching art in Europe.  The frescoes are painted in the Baroque style, with dominant blue tones representing heaven and serenity, and yellow tones for brightness and tranquility.

In 1949, St. Josaphat was designated as a cathedral.  The church has been home to the Ukrainian Catholic Women’s League of Canada Arts and Crafts Museum for almost fifty years and holds artifacts that were brought to Canada or made by Ukrainian settlers.  In 1984, St. Josaphat Cathedral was provincially designated as one of the most ornate places of worship in the Province. 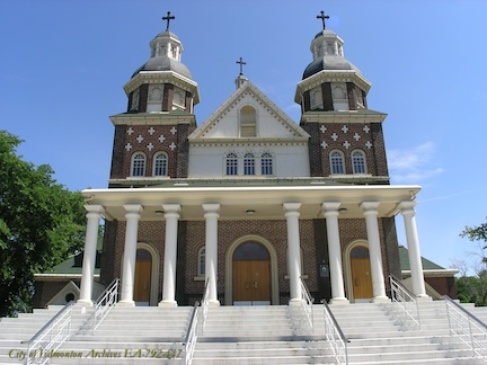 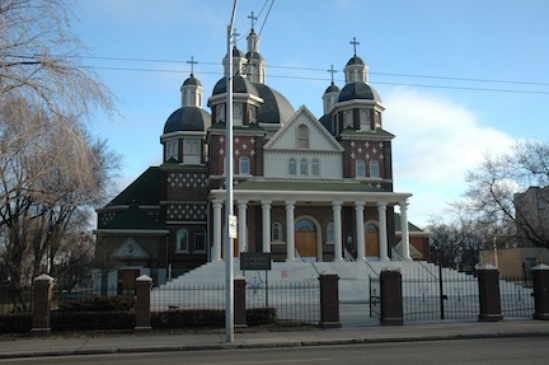 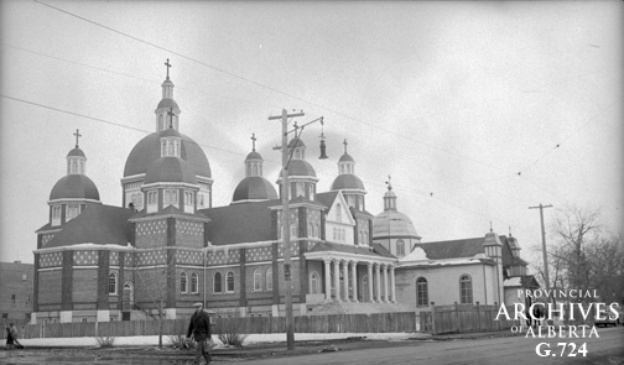 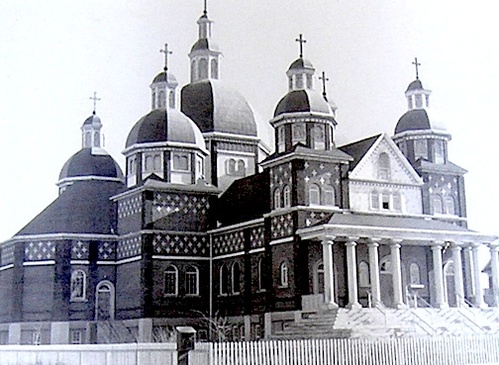 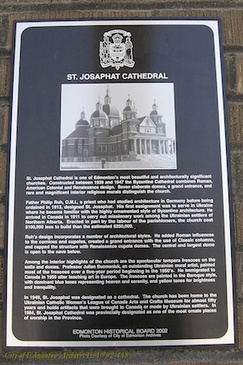