Construction of a crypt church with seating for 900 was begun in 1925 but financial problems (both the Depression and the Second World Ward) delayed any further building for the next 35 years. It was then found that there were serious foundation problems and much money had to be spent to jack up the existing crypt and sink hundreds of piles into the ground to support it. The altar is made of Spanish marble, the pews are carved oak from Quebec and the exterior is clad in Tyndall stone from Manitoba. Although the church was completed in 1965, the front entry was not added until 2002. 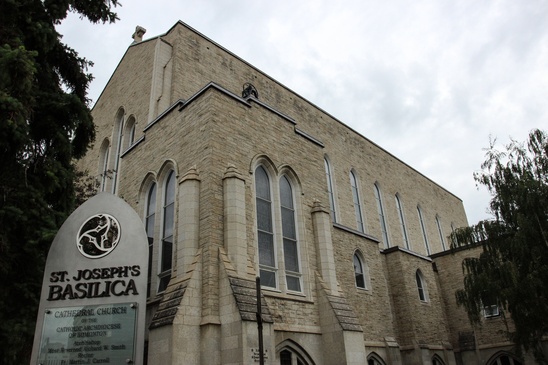 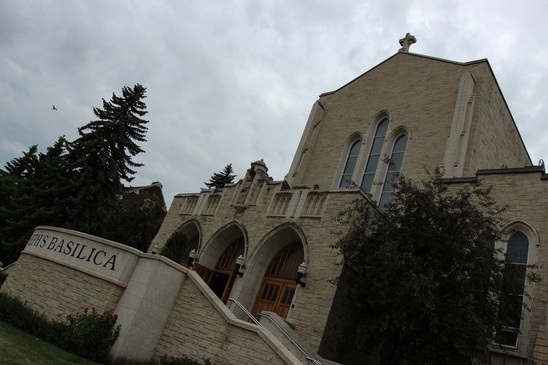