In November 1927 St. Joseph’s College, an affiliate of the University of Alberta, moved into this building.  Agreed upon in August 1921 by Archbishop Henry J. O’Leary and University President Henry M. Tory, the University’s Catholic College has since served the University and members of various beliefs in the Alberta Community.  It has promoted academic excellence and an understanding of all tenets of the Christian faith. 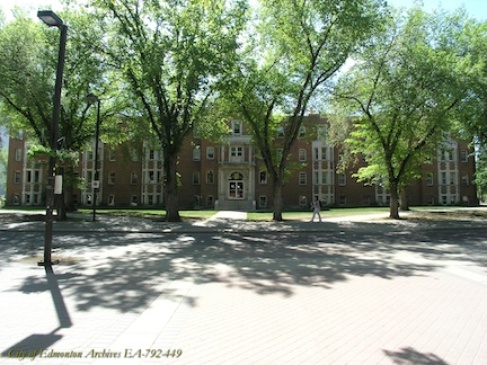 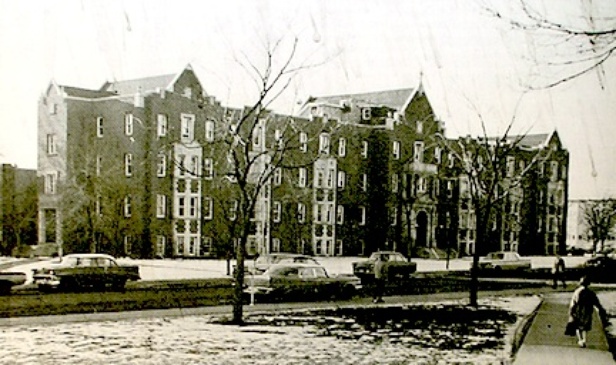 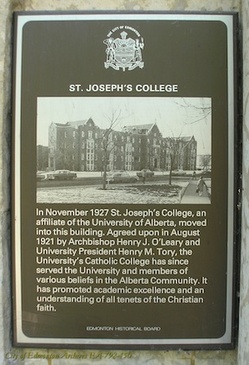