When this elegant brick and stone building opened in January 1948, newspapers hailed it as one of the most modern hospitals in Canada.  Costing around $700,000, not including furnishings, the four-storey building was originally designed to hold six storeys.  A hospital has been situated on this block since 1929 when the Sisters of Providence of St. Vincent de Paul purchased the old Whyte Block, located on the eastern corner of this property, and turned it into a hospital for the aged.

Over the years the building was known by many names such as House of Providence Home, St. Joseph’s Hospital for Incurables, and finally, St. Joseph’s Auxiliary Hospital.  Through it all, the Sisters performed loving, caring treatment for many patients either terminally ill or severely disabled.  In 1955 an additional two storeys were added.  In 1963 the Whyte Block was demolished and an auditorium was added to the west and a Sisters’ residence to the east.  The hospital closed in 1993 as the Sisters relocated to a site in the southern part of the city.

After sitting vacant for several years the building underwent a dramatic renovation and was re-born in 1997 as the Garneau Lofts.  The building is on the “A list” of the City of Edmonton’s list of designated resources. 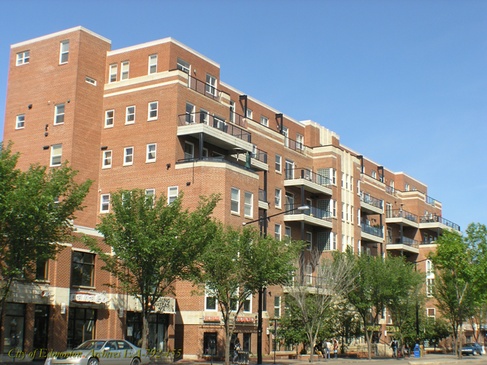 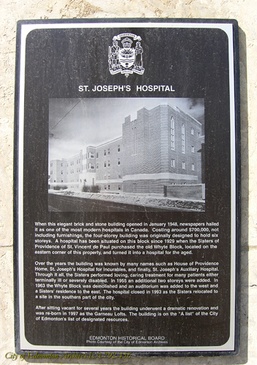 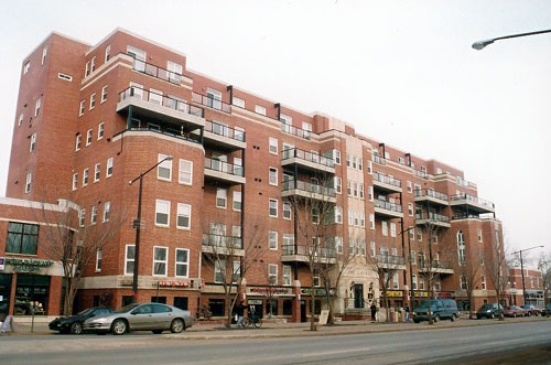 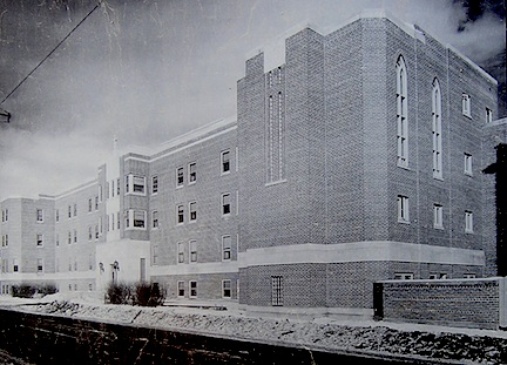