According to the 2001 federal census, just over half of the homes in Strathern were built sometime between the end of the Second World War and 1960, placing St. Luke’s Anglican Parish in the centre of a Modernist building boom. This was very much a community church - servicing the many young families living in the Holyrood, Strathearn and Bonnie Doon neighbourhoods. When the church opened in 1959, there were two weekly services, and many programs for children.

From an architectural point of view, this church building used concrete masonry units to aesthetically create flow and pattern, reminiscent of textures from modular units found in Prairie Style architecture. Other details such as decorative coloured glass block inserts highlighted on the exterior walls continue to pick up on this rhythm. Adding to the material palette are porcelain enamel and cement asbestos panels.

The introduction of curtain wall glazing - a relatively new building technology in the post-war period - allowed the structure to be separated from the building envelope. The heaviness of the concrete block structure contrasts against the lightness of the window areas in the more public portions of the building, creating a feeling of openness and invitation.

The architects’ deployment of spatial volumes clearly communicate the building’s interior configuration on the exterior: the flat-roofed areas identify entries and support spaces, and the low-sloped peaked roof expressed the volume of the nave. The interior of the nave engenders an amazing warmth, created through the use of tongue and groove wooden ceilings above gracefully curved precast concrete arches, fir plywood wall panelling, and wooden pews.

The building demonstrates an expressive use of structural technology, including zigzag cantilevered concrete canopies to protect the entry and windows at the south face of the building, shielding the nave from excessive summer sun and its parishoners from snow and rain.

In 2010, St Luke’s celebrated 100 years of service to the community, and even at the time of its construction 51 years earlier, the church found creative ways to incorporate memory and artifacts from throughout the congregation’s history. The old engine bell in the bell tower was donated by the railroad, and was dedicated in honour of the congregation’s senior citizens.Windows from the congregation’s old church were incorporated as the back wall of the nave in the present building, bringing a piece of the community’s history into this small gem of a church. 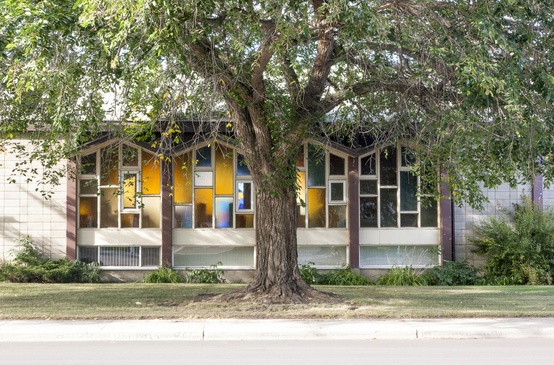 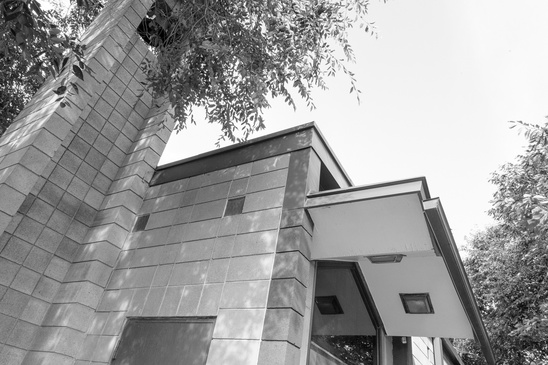 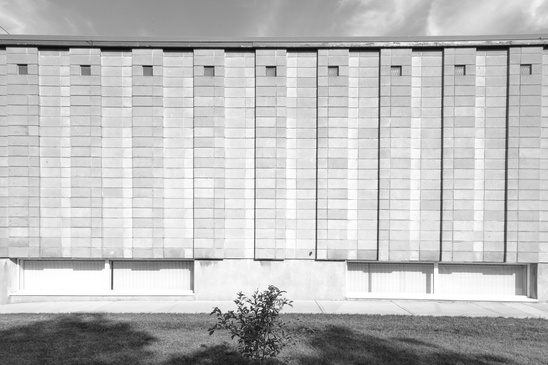 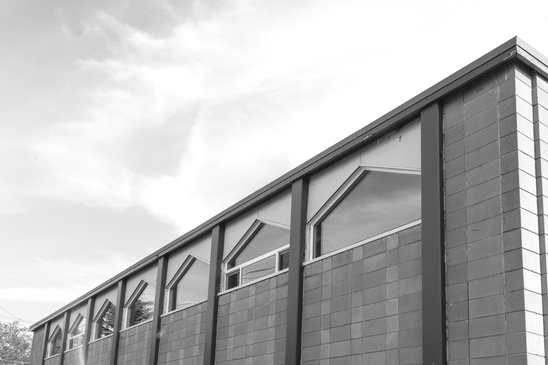