A building permit was issued to the United Church of Canada for construction of the new St. Stephen’s College building on the University of Alberta campus in 1951. Principal Dr. D.J. Thompson indicated at the time that the three-story brick structure would be ready for fall classes in 1952,  however, the official dedication was not held until February 25, 1953. The St. Stephen’s College Building is distinguished by its deeply set windows that are framed with pre-cast concrete plasters, which act as sun shades. The simple rectilinear composition, flat roof, and lack of ornament reinforce the Early Modern building style. 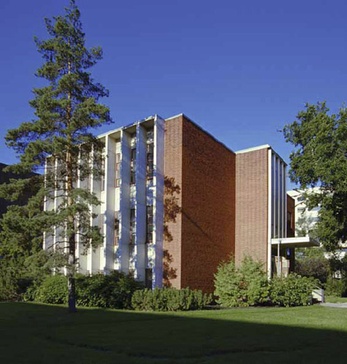