This site is located across the river from Rundle Park, on the high terrace in Strathcona Science Park and has been extensively excavated. It was once interpreted to the public as part of the Strathcona Science Park, but is now closed and inaccessible. The Strathcona site location is similar to other prehistoric sites in the Edmonton region. You will notice that it sticks out on a bit of a point overlooking the North Saskatchewan River on the north side and a steep ravine/gully on the west side which may have contained water. The site has good exposure to the southwest, which made it a very favourable camping spot. The existing portion of the site is only about 10% of the original site, which went to 17 Street.

All available evidence indicates that the Strathcona site was first occupied during the Middle Prehistoric period, possibly as early as 5000 years ago. Archaeologists have recovered Oxbow, McKean, Duncan, Hanna, Pelican Lake, and Late Prehistoric projectile points from the site. Unfortunately, the soil deposition at this site is similar to the Prosser site. All artifacts are deposited in about 50 to 75 centimetres of matrix. Although the projectile points seem to lie in the correct vertical order – the oldest points occurring in the lowest deposits and the most recent points found near the ground surface – very little soil separates them. Because the site lies on top of a high terrace, there was no flooding to deposits sediments to separate each occupation.

In the lower cultural levels, archaeologists found remains of an ancient hearth. It was a shallow depression in the ground that contained dark organic earth. A large cluster of fire-broken rock, a hammerstone and stone flakes mark a place where Native people made stone tools. Although animal bones are relatively sparse, the remains of a complete bison mandible, along with other animal bones, allow archaeologists to reconstruct human diet.

Archaeological investigations at the site have yielded thousands of artifacts, the majority being stone flakes and shatter. A few one metre square units contained 600 to 2000 stone artifacts, primarily stone flakes. Quartzite dominates the assemblage. The site contains a diversity of stone tools, including bifaces, unifaces, scrapers, projectile points and hammerstones. The recovery of cord-marked pottery appeared during the Late Prehistoric Period and is found throughout central and southern Alberta, occurring less frequently in central Alberta. The microblade core was made from silicified wood. It represents a very specialized technology whereby a piece of stone is carefully prepared so that small, narrow stone blades can be removed from it. More blades with more cutting edge can be removed from this type of core. It, therefore, represents a more efficient use of raw material than other stone tool making techniques.

Archaeologists have extensively studied the thousands of stone flakes from this site to determine the methods Native people used to make their stone tools. By piecing together the fractured stones and by conducting experiments, these seemingly useless stone flakes from the Strathcona site can be an important source of information about stone tool manufacture.

One of the questions surrounding the Strathcona site is its specific function or use. Archaeologists first thought that the site functioned solely as a lithic quarry source. If you examine the banks below the site, there are good exposures of quartzite cobbles, mudstone, and silicified wood. Certainly, this is one reason why people came to the site. Archaeologists still don’t clearly understand whether Native people visited Strathcona solely to collect good rocks for tool making or, if, while they were in the area hunting or gathering, they would then take the opportunity to collect raw materials for stone tool making at the site. 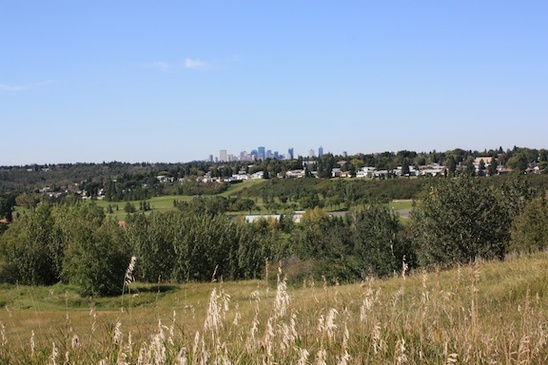 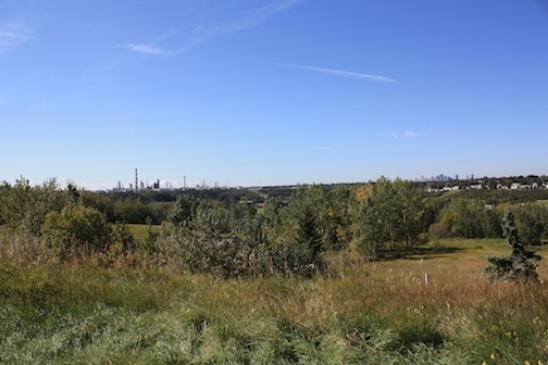 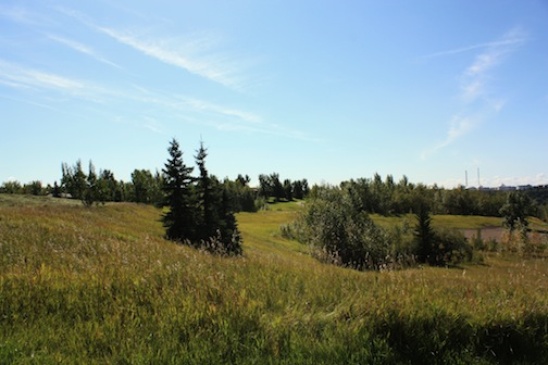