Originally known as Strathcona Fire Hall Number 1, this structure is the last remaining example of a pre-First World War fire hall in Edmonton.  Designed by Arthur G. Wilson and David E. Herrald, the hall was built by contractor James M. Eaton at a cost of $15,000.  The hall was described at the time of construction as “unusually commodious”.

Constructed of brick with stone quoins, cornices and a concrete floor the building also had a parapet which was demolished at a later date.  Dominating the front of the building are three main doors decorated by radiating stone voussoirs.  The bell tower measures 11 sq. ft. (1.02 sq. m.) and rises to a height of 77 ft. (23.4 m.), which enabled the fire hoses to be properly racked.  In the original design the second storey held the fire chief’s office and bedroom along with five bedrooms and a band room which took up almost half the space on that floor.

Following the amalgamation with Edmonton in 1912, Fire Hall Number 1 became Fire Hall Number 6 and remained in service until 1954.  The building was then leased to Strathcona Furniture for 20 years until it became home to Walterdale Theatre in 1974.  Designated as a Provincial Registered Historic Resource in 1976, the building is also on Edmonton’s “A” list of Registered Historic Resources. 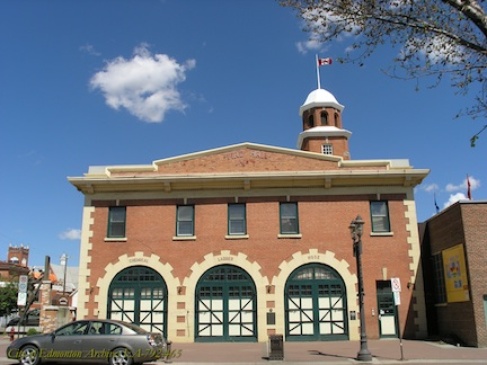 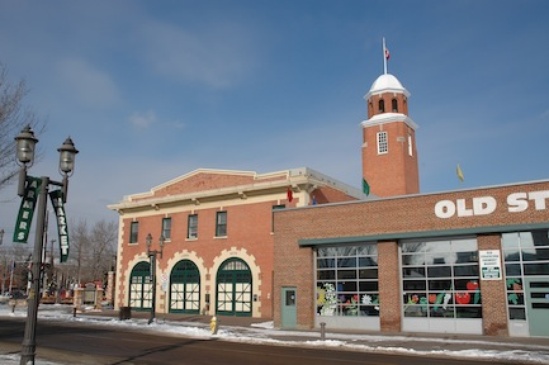 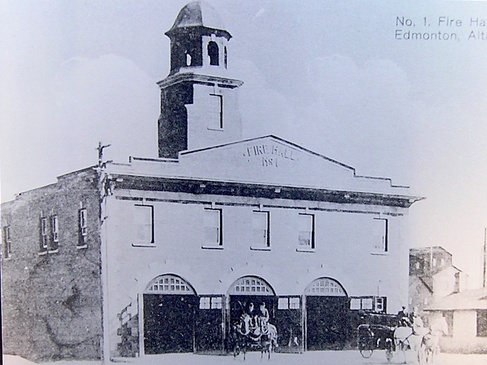 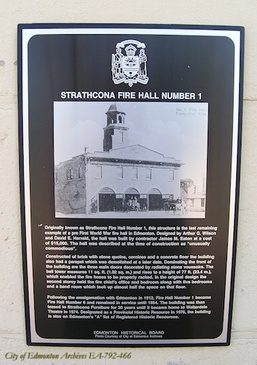