In 1891 the Calgary and Edmonton Railway completed its line and built a station just south of the river adjacent to what is now Whyte Avenue. Travelers to the Edmonton area needed accommodation nearby, so the railway company built what was for the time a large and modern hotel of 45 rooms to meet this demand. Initially called the Edmonton Hotel, it was renamed the Strathcona Hotel in 1899 when the settlement on the south bank of the river was organized as the Town of Strathcona.

The hotel was very popular and in 1903 a two-storey annex was built followed by an even larger three-storey addition to the north of the original building in 1907. Alberta’s adoption of Prohibition in 1916 hit many hotels hard and the Strathcona was no exception. With no tavern revenue to help support the business, profits dropped and the hotel struggled. Somewhat surprisingly, the Presbyterian Church of Canada took over the building. It was used first for the Westminster Ladies College from 1918 to 1924 and later as the Westminster Residence for Girls.

The Presbyterian Church acquired the entire hotel through a foreclosure in 1923 before reselling it to private investors in 1928. The repeal of Prohibition in 1923 made hotels like the Strathcona profitable again and by 1928-1929 the Strathcona was back in business as a hotel.

The heritage value of the Strathcona Hotel lies in its close association with the early development of Edmonton and Strathcona. It is also the oldest surviving wood frame commercial building on Whyte Avenue and one of Edmonton’s most distinctive landmarks. 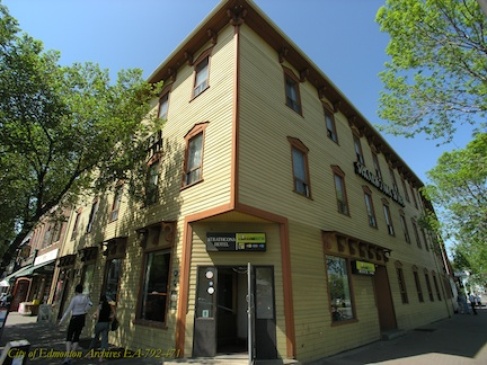 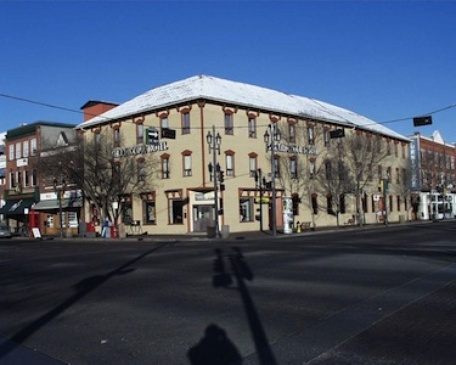 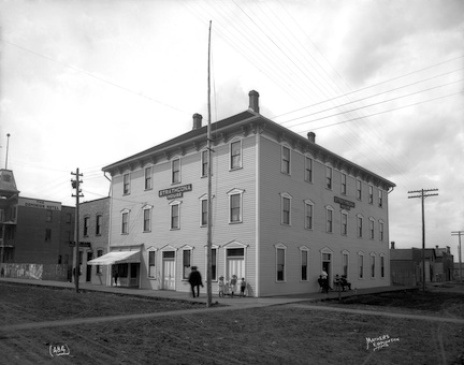 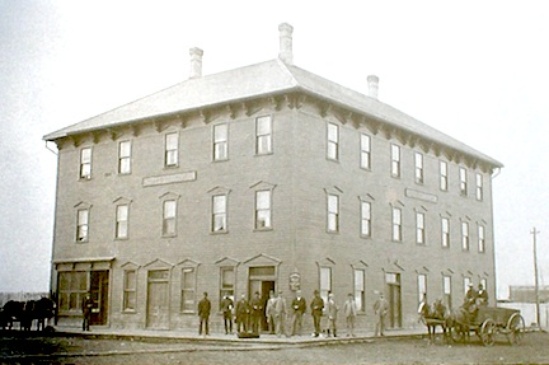 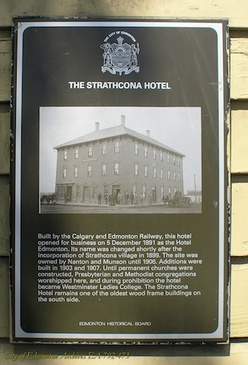