“A fine new south side library” proclaimed the Daily Capital in June 1912, as construction began on what is now Edmonton’s oldest library building. Designed by the architectural firm of Arthur G. Wilson and David E. Herrald, the Strathcona Public Library is a solidly built edifice of press brick trimmed with Roman stone. It opened to the public on March 14, 1913.

This landmark building, built in the English Renaissance Revival Style, is finished in weathered orange brick with limestone embellishments. It is believed that the brick was manufactured at one of several brickyards that flourished in Edmonton’s river valley at the turn of the 20 century. Interior features include arched entryways and wood carved banisters. When built, books were stored only on the main floor. The basement was devoted to a men’s reading room, while the second floor auditorium was a community focal point where meetings of the Edmonton Medical Association and the Ladies Hospital League were held. It was also the site of local community theatre productions and college graduation exercises. 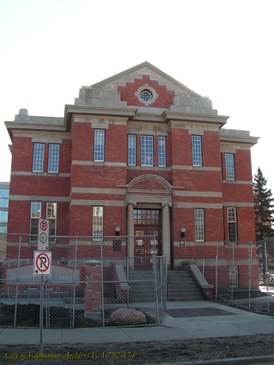 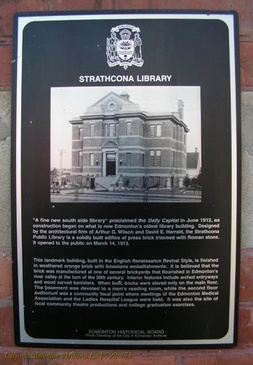 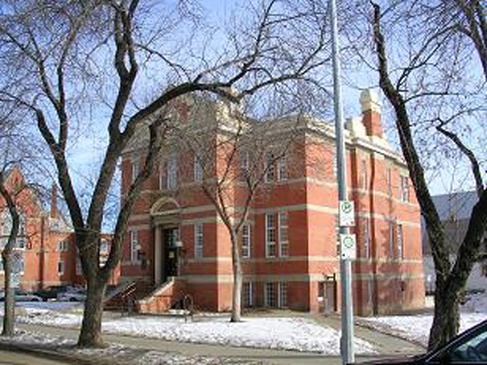 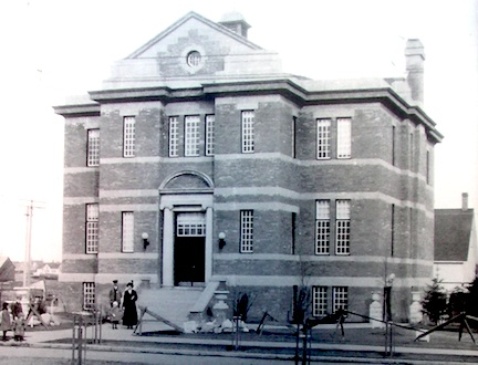