The prosperity of the Edmonton region is closely related to the coming in of Imperial Oil’s first well at Leduc in 1947 followed, in 1948, by the Redwater find. This resulted in a 20-year period of intense expansion of the oil industry and prosperity for Edmonton and region. In the 1950 alone, 726 wells were drilled in Redwater and 519 at Leduc (about three new wells were started every day). Imperial Oil decided to relocate its Whitehorse refinery to the south and, when it was rejected by Edmonton, it decided to build the new Strathcona Refinery at Clover Bar in the County of Strathcona. Among the firms hired to work on the construction was the New West Construction Company begun by Antonio Nigro and James Anselmo. The partners had initially got small roadwork contracts from the Government of Alberta. After the end of the Second World War, they succeeded in purchasing heavy equipment that became surplus after the building of the Alaska Highway. Beginning in 1949, they hired Italian immigrants to work on the building of the refinery. Among the first hired was Tony Bonifacio whose parents had helped to found the Venice-Hylo Italian colony in 1915.  His brother Quinto alsoworked in construction of gas plants and refineries and, in the 1960s, helped to build the Suncor oil sands plant in Fort McMurray.  Also hired was Raffaele Albi who arrived in Edmonton in 1949. Bonifacio and Albi became permanent staff of Imperial Oil and worked there on plant maintenance until their retirement. Both were instrumental in getting other workers of Italian descent hired, for example, Attilio Gatto. Albi assisted many in obtaining trades papers by serving as a translator. A generation of Edmonton youth also obtained summer jobs at the refinery, among them many Italians. Beginning in 1971, Imperial consolidated western Canadian refining at the Strathcona Refinery and built state-of-the-art facilities that met environmental standards. Company communications materials referred to Edmonton as Alberta’s oil capital. Today, the refinery is part of Alberta’s Industrial Heartland, an organization that represents more than 40 companies involved in hydrocarbon processing worth over $25 billion in investment. 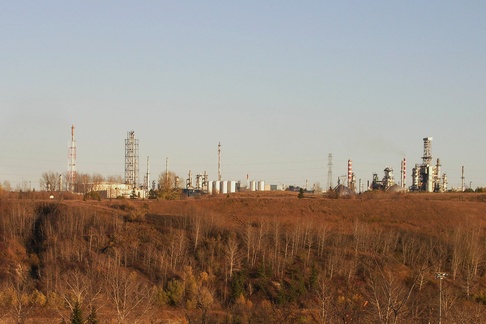 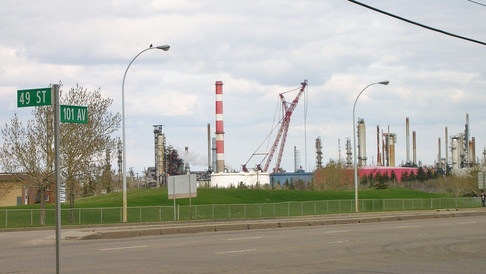 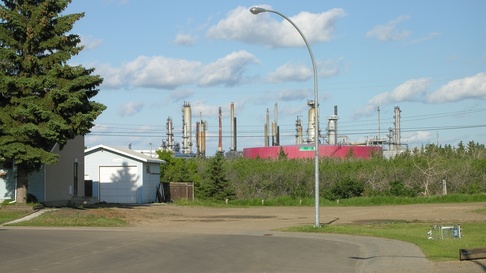 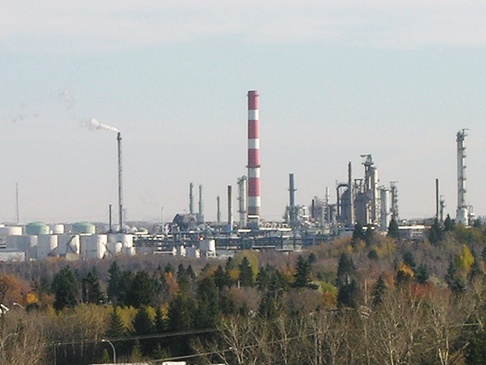 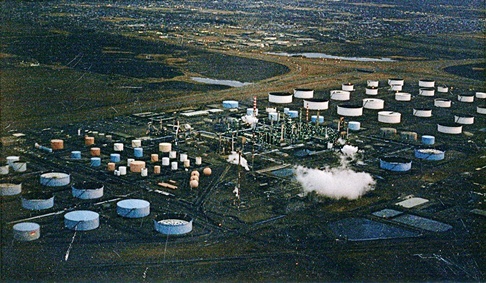 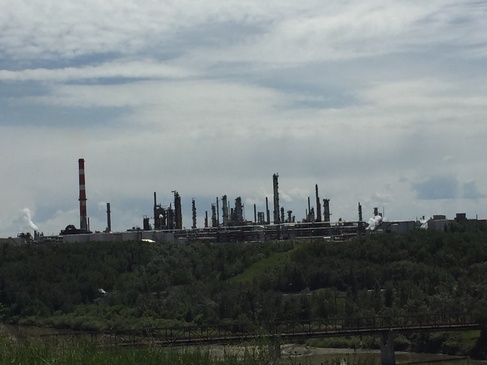 Refinery Row viewed from the north bank of the North Saskatchewan River from above Rundle Park with the Gold Bar Footbridge in the foreground, June 2016. Photo by Adriana A. Davies. 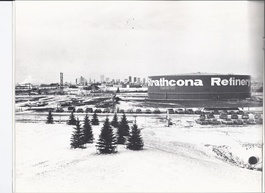 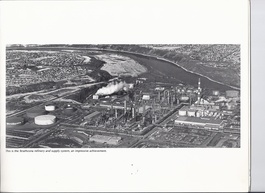