Edmonton Space & Science Foundation is a non-profit organization which operates TELUS World of Science – Edmonton,  a broad-based and interactive science centre. Edmonton Space & Science Foundation delivers programs and services reflecting the diverse and evolving interests of its community. Particular emphasis is given to making a positive difference in the lives of children, students, families, teachers as well as employers and employees.

The centre, originally designed by architect Douglas J. Cardinal, first opened its doors July 1, 1984 as the Edmonton Space Sciences Centre after the Foundation with the same name. It was first created as a replacement to the Queen Elisabeth Planetarium, the first planetarium in Canada which opened in September 1960, that was unable to keep up with its growing popularity. Six years after it opened, the centre was renamed the Edmonton Space & Science Centre. The Foundation also followed suit changing its name to the Edmonton Space & Science Foundation.  As part of its Vision Beyond 2000 Project, the centre underwent a $14 million expansion and reopened to the public on July 1, 2001 as Odyssium. It wasn’t until May 2, 2005 the centre was renamed TELUS World of Science – Edmonton.  Today TELUS World of Science houses 5 permanent themed Exhibit Galleries, the Margaret Zeidler Theatre, an IMAX Theatre, a Science Demonstration Stage, an Observatory and hosts a variety of Feature Exhibitions. 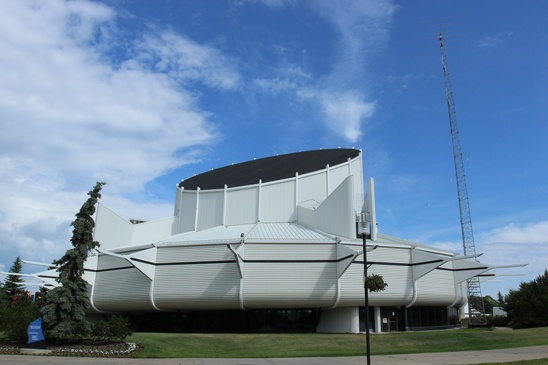 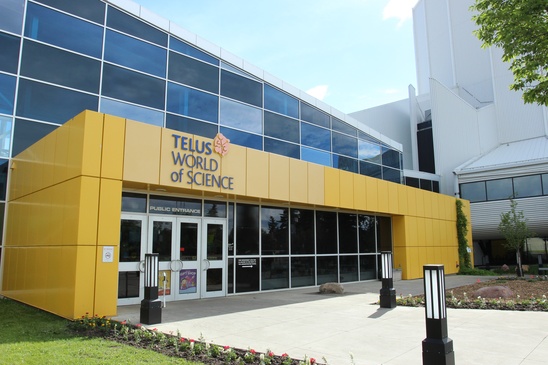