In 1969, the year The Edmonton Art Gallery (EAG) was complete, Edmonton Journal art critic Virgil Hammock wrote “I know of no other art gallery in Northern America that has made such an impact on the international art scene in such a short time… Edmonton has proved that it now has the facilities to exhibit almost any art work in the world… None of the exhibitions would have been here without the new building. I must answer fellow critic Barry Westgate here. Yes, Barry, the art gallery is finished. It is an honest, and I might add cheap for the facilities, concrete builiding.”

The EAG gave Edmonton a first class facility that proved to be the earliest and arguably the best example of modern Brutalist architecture in Edmonton. Brutalism was intended to exemplify the beauty and power of concrete—a foil to the light airiness of the International Style’s steel and glass. The EAG’s design was intended to convey honesty, comfort and security–a tough but beautifully detailed container intended to protect art works from the harshness of climate and light. Many overlook this building as a stumpy concrete box but as Trevor Boddy stated in his book Modern Architecture in Alberta, “both the colour and the board-forming of the concrete of the art gallery soften this building, which might have appeared like a squat bunker had it not been so carefully detailed.”

The Gallery was retitled as the Art Gallery of Alberta in 2005. In 2010, it reopened after undergoing a $88 million renovation by Randall Stout Architects in which much of the Bittorf building was demolished, with significant portions of the existing structure incorporated into the new Stout design. 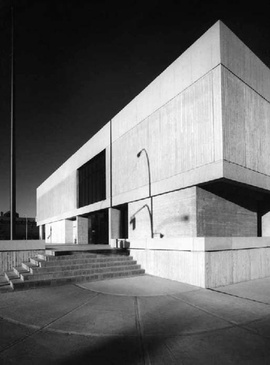 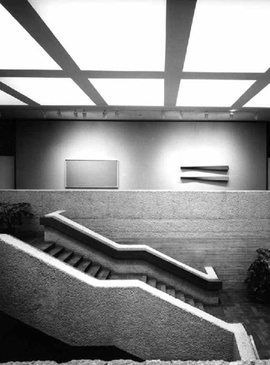