The Old Citadel was constructed for the Salvation Army in 1925 and was designed by Magoon and MacDonald, Architects.  Herbert Alton Magoon (1863 – 1941), a Quebec architect, arrived in Edmonton with George Heath MacDonald (1883 – 1961) in 1904.  In 1911 MacDonald became Magoon’s partner, and their firm built many of the major public buildings in Edmonton, including MacDougall United Church, the Tegler Building, Public Library Building, Federal Building and General Hospital.

In 1886 Staff-Captain Arthur Young first visited Edmonton for the Salvation Army.  By 1925 the Army was becoming one of the city’s leading social service agencies.  In that year it opened Grace Hospital and the following year its first seniors home in Canada, the Bonnie Doon Eventide Home for Men, under the direction of Staff-Captain Sutherland Steward, was opened.

From 1964 until 1976 the fledgling Citadel Theatre operated in this building and in the loft of an adjacent building.  In 1978 the Citadel was remodeled and put to commercial use, following the Theatre’s move to its new location in 1976. 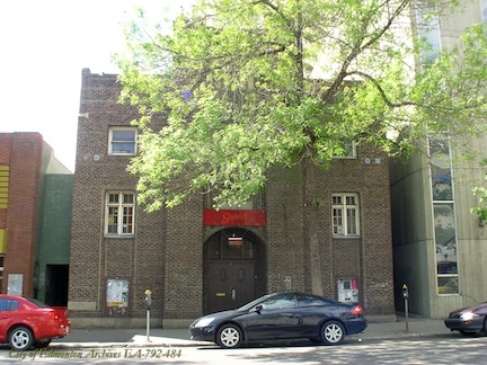 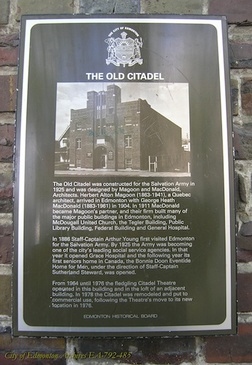