The Tipton Block was built in 1911 for R.A. Hulbert, a local businessman.  The building was sold in 1912 to J.G. Tipton & Sons, Strathcona’s oldest real estate firm.  John Gaddis Tipton, the firm’s principal, was a lawyer and alderman who promoted the amalgamation of the Cities of Edmonton and Strathcona in 1911.

The main floor was used for commercial purposes while the second and third floors contained offices.  The building has been occupied by Drs. Marion and Toombs, dentists, Essery & Co. Men’s Wear, and Bailey & Ferguson Real Estate, among others.

After years of disuse, the Tipton Block became a restoration project of the Old Strathcona Foundation.  It was re-opened on October 4, 1979. 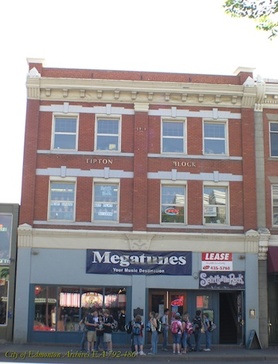 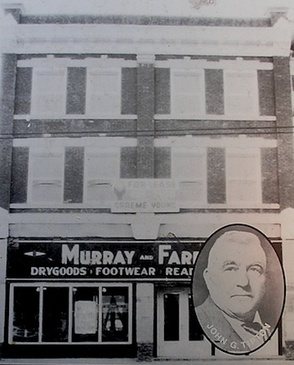 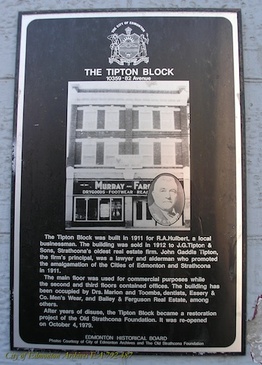