The Tipton Gyro Park is named in honour of former Alderman John G. Tipton.  This park was officially opened on June 21, 1924.  Fulfilling their slogan, “Playgrounds for Children”, this became the third of nine parks built in the city by the Edmonton Gyro Club.  The Gyros also provided regular maintenance and supervision of all the parks during the playground season of May 24 to August 31.  Their care of the equipment is evident, as some of the original slides are still being used.  Over the decades, hundreds of thousands of children, and adults too, have enjoyed this and the other Gyro Parks.  Responsibility for the Gyro Parks was later assumed by the City.

I really like that park! The Sprinklers are a great activity. 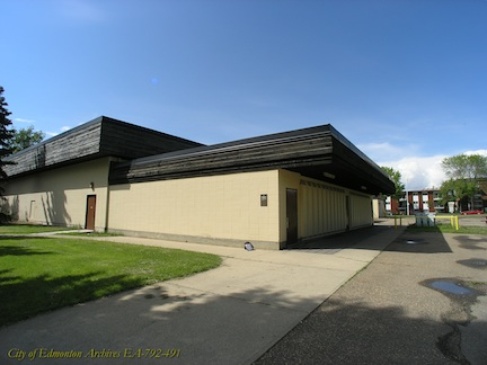 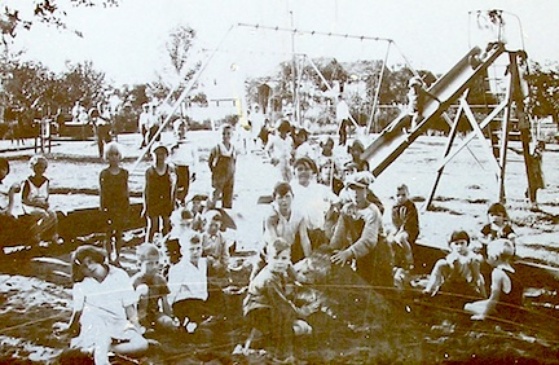 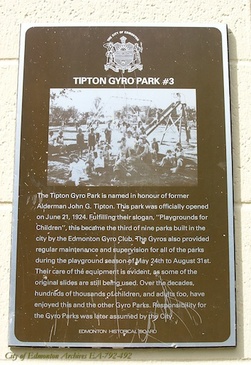