Designed by: Howard and Robert Bouey

Trinity United Church, located in the west-end communities of Meadowlark Park and Jasper Park, is an expressive structure that makes use of many Modernist design elements and philosophies. Perhaps one of the most notable features of this building is the steeply pitched roof with an accentuated swooping curve. This feature provides a sense of movement and drama - particularly when seen in combination with the asymmetrical and boxy floor plan of the sanctuary and single story massing of the services areas. The curved roof also accentuates the curve in the adjacent roadway - heightening the experience of moving in an arc for visitors approaching the site. Another distinct design detail is the deep eave with perforated soffit on the roofline, creating the illusion of a cavity in the roof construction.

Like many of the churches built in this style and in the post-war era, materials are locally sourced and humble. Common brick masonry flanks the building façade. Precast concrete stairs are used for the emergency exit from the sanctuary. Precast concrete columns express structure on the exterior of the building mass - mimicking through their shape the swooping arc of the roofline. There is also a precast concrete steeple at the front of the church. Wood details are introduced in the building’s interior, as seen in the exposed wood glulam roof beams in the large sanctuary. The use of light as a design element is expressed by the modular window system of clerestory glazing, where stained glass is thoughtfully interwoven throughout the design.

Trinity United Church is very much a “community” church. This aspect of reaching out into the community can be seen in the design and exterior space.  When it opened in the 1960’s, the church served as many as 1,000 families at one time, including hundreds of children enrolled in Sunday school classes and youth groups. In 1978, the congregation celebrated the end of church debt, commemorated by a mortgage burning ceremony. And in 2011, the church’s doors were opened to community members of a different kind: animals. A unique ceremony was held to bless the pets and animals of congregants, garnering lots of interest and media attention. 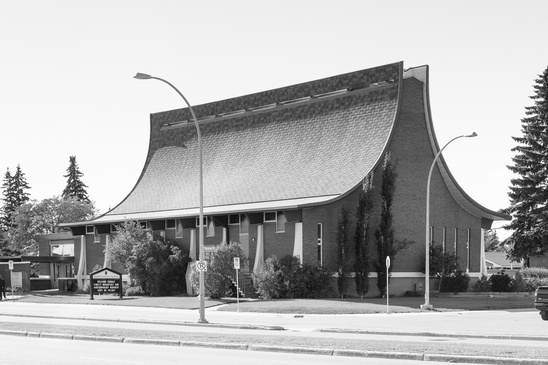 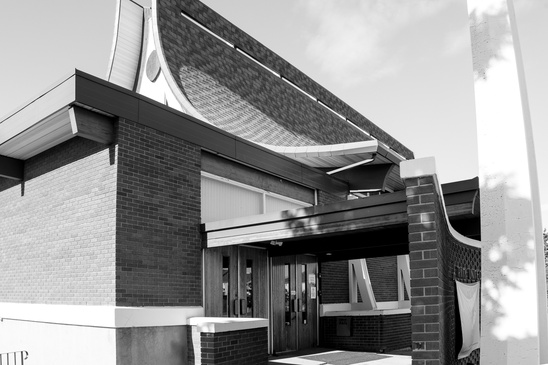 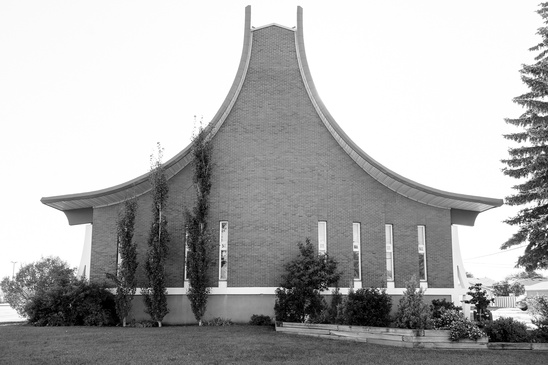 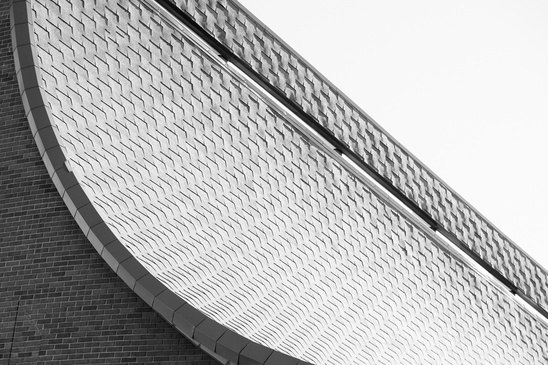