In 1910, when Union Bank announced plans to build on this site few people would have predicted the building would hold a unique place in Edmonton’s history.  Shortly after opening, the Bank was one of over 10 banks situated on Jasper Avenue between 100 and 101 streets.  Today it is the last remaining bank building of the pre-1914 era left on Jasper Avenue.

The Union Bank of Canada opened its first branch in Edmonton in 1900.  As the business grew, land was sought on which to construct a suitable building.  Buying property from Frank H. Gray for $50,000 in 1909, the Bank hired local architect Roland Lines to design this building.

Designed in the Modern Renaissance style, the local firm of Otto Edinger and Everett Nesbitt were hired as contractors.  The base of the building is solid Bedford limestone from Indiana, also found on another Lines building, the Canada Permanent Trust.  The red pressed brick, which came from local brickyards added colour to the appearance of the building.

In the original design, the main floor was used as the banking floor.  The floor was tiled and finished with columns, entablatures and mahogany woodwork.  The building was purchased by the Canadian Realty Company in 1911 for $121,500.  In 1928, James Richardson and Sons became the new owner and held on to the building until 1979 when it was purchased by North West Trust.

Following many years of neglect, the building was beautifully restored by Diane Kyle-Buchanan and re-opened as the Union Bank Inn. 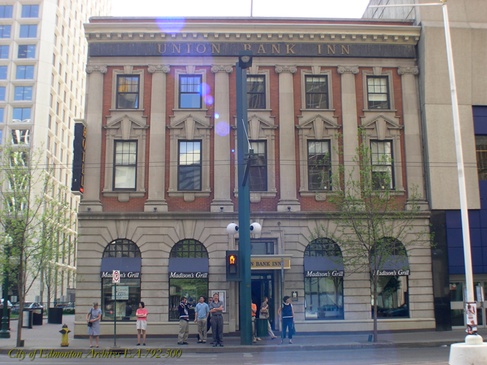 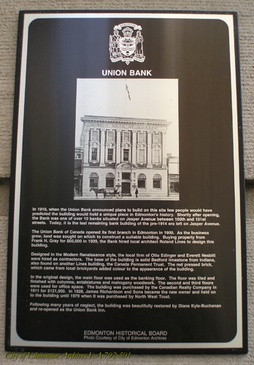 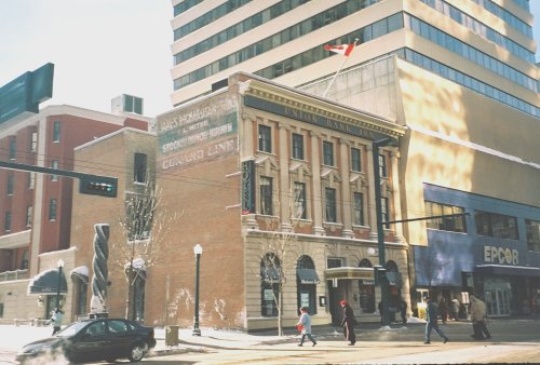