The University of Alberta Education Building consists of a central office tower situated between classroom blocks with two additional wings containing a library on one side and a gymnasium on the other. The building has a reinforced concrete structural frame, which is expressed on the exterior of the tower and classroom blocks. Large aluminum framed windows, are hung alongside exposed aggregate concrete panels as the primary vertical structural elements on both the north and south facades.

The strict adherence to Structural Expression is furthered by the floating concrete canopies located at each of the entrances. Although also visually ‘floating’, the main entry canopy is supported by round steel pipe columns encased in expressive diamond-shaped concrete piers. The front and rear canopies and their structural language are echoed at a smaller scale over the side entrances and cantilevered from the exposed concrete frame of the building. 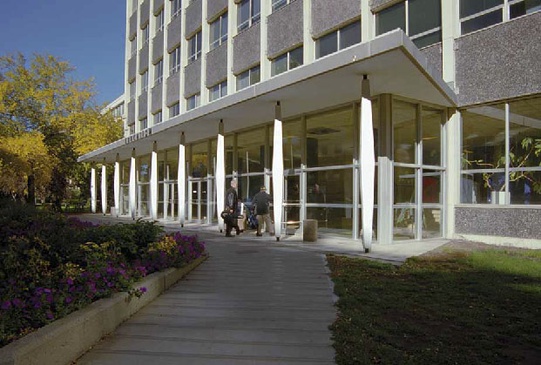 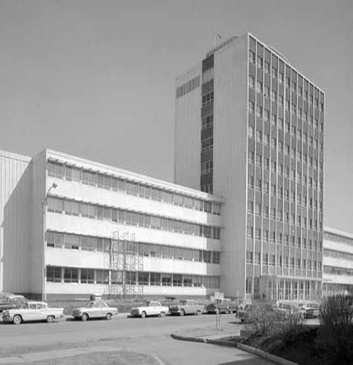