In 1896 the Edmonton Country Club established, for its own members, a golf course south of Hardisty House, which became their club’s headquarters. Hardisty House burned down in 1906, and in 1907 the golf links site was moved slightly to the west and a nine-hole course was created. The Edmonton Country Club operated these links until 1912. In that year the City of Edmonton bought for the Hudson’s Bay Company the original golf links, as well as the area which is now Victoria Park.

In May, 1914, Victoria Park was officially opened with the nine-hold Municipal Golf Links being established at the same time. By 1927 the course had expanded to 18 holes, and by 1950 it was again expanded to 27 holes. Victoria has the distinction of being the first Municipal Golf Course in Canada.

Does anyone know why there is a pathway that is named "Sophie's Way" along the north part of the Victoria Golf Course?

Yes. Sophie was a member of the Victoria Ladies League for many years and when she passed away, this sign , leading to the path going up to the 13th green , was erected in her memory.

The history of "Sophie's Way is posted on Victoria Ladies Golf Club website under History.

Who designed the course 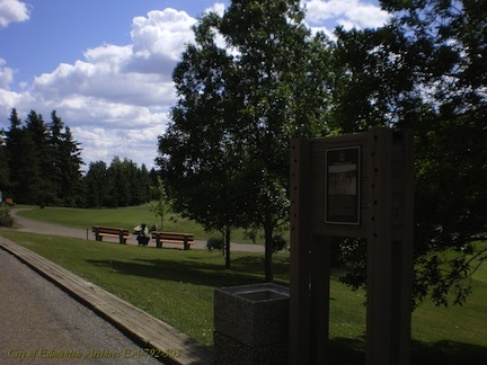 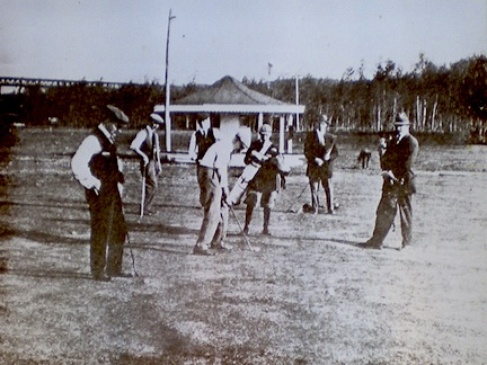 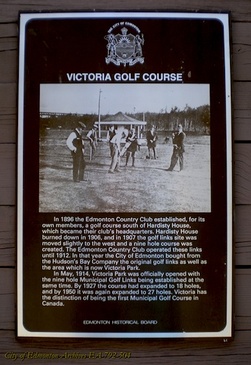