In July of that same year, a contract went to the lowest bidder to build a five-room school at a cost of $12,600, to be completed in 48 days. Enrolment in the new school was 135 pupils, with 5 teachers. There was a steady increase in pupils over the years, with 1946 showing an enrolment of 735. Due to the increasing enrolment, two additional buildings were constructed to the west of the original school. The first was built during World War II and later, a two-storey building was constructed to house the high school. The school continued to provide education until its demolition in 1980.

This plaque is placed in commemoration of the establishment of West Jasper Place School District #4679. Gratitude is expressed to all of the outstanding principals and dedicated staff as well as past students, parents, residents and officials of West Jasper Place.

Education continues to be provided at this site through the Grant MacEwan College Centre for the Arts, a fine building and an excellent place of learning. 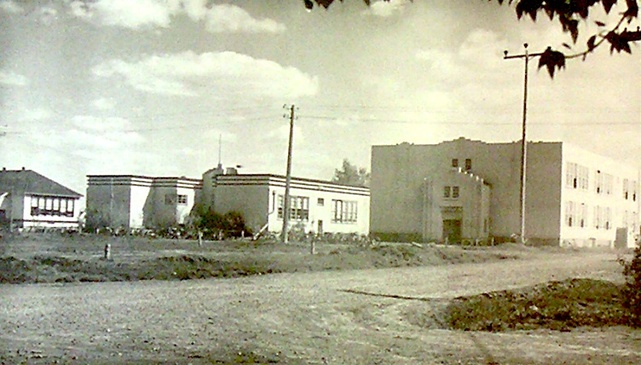 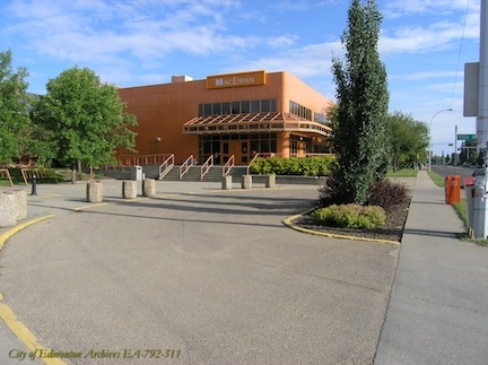 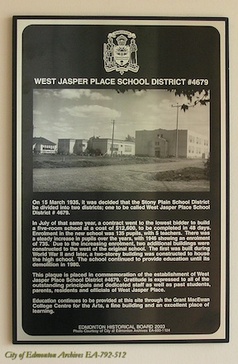