The Edmonton Cemetery Company, founded by Richard Hardisty, John Camerson, William Anderson, Donald Ross and R. Stratchen, was established in 1886 on land donated by the Hudson’s Bay Company. The cemetery is located centrally in Edmonton and covers an area of 27 acres. The City of Edmonton took ownership in 1964.

The Company claims that there were no burials in its first year of business, which they attributed to the healthy lifestyle of Edmontonians. However, Henry Hardisty, the brother of Richard Hardisty, has a tombstone that indicates he died on September 25, 1876 – ten years before the cemetery opened.

By 1920, the company had sold almost all of its original plots and recognized a need to expand, particularly to honour so many who died in the Great War. Sites of remembrance are marked with sections of military graves, and a “Holy Cross of Sacrifice” was erected in 1922 to commemorate those who lost their lives overseas.

The first mausoleum was built in Edmonton Cemetery in 1930 with a capacity of 260 crypts.

Edmonton Cemetery Co. operations continued until 1944, when the company asked the City for more land to build a green house and a caretaker’s shop. The City eventually accepted this proposal in 1948. The Edmonton Cemetery officially became municipally owned in 1964. This left the City 1500 grave spaces, 200 mausoleum crypts and $135, 000 in its perpetual care fund, which is used to replace, restore and maintain the Cemetery’s appearance. There are many famous pioneers of Edmonton’s history that can be found in the Edmonton Cemetery.

Emily Ferguson Murphy was born in Ontario and graduated from Bishop Strachan School in Toronto. She married a Presbyterian minister named Arthur Murphy, and his work as a British missionary took them overseas. When the couple returned to Canada and settled in Swan Lake, Manitoba in 1904, Emily’s writing career took off. She wrote reviews for the Winnipeg Telegram, and a series of articles on pioneer life was compiled in a best-selling book entitled . In addition to that, Arthur’s frequent absence while tending to his lumber business required that Emily manage their 320 acre farm.

Arthur and Emily moved to Edmonton in 1907, where she became involved in politics and was successful in achieving a number of goals such as steering the Dower Act through Parilament, giving women an equal share of their husband’s homesteads. She became the first woman magistrate in the British Commonwealth, sitting on the Alberta Supreme Court and serving as a judge in the Edmonton Juvenile Court. Mrs. Murphy was also the first female member of the Edmonton Hospital Board and was involved in many other community activities and organizations.

Emily Murphy was one of the ‘Famous Five’ who challenged a ruling that prohibited women from holding various political offices on the grounds that they were not legally ‘persons’.

It took thirteen years to get the law changed but, finally, in 1929, Lord Chancellor Sankey reversed the Supreme Court decision and ruled that women were “persons” under the Constitution and eligible for any political office.

Emily Murphy suffered from diabetes and she died suddenly on October 27, 1933. Her passing was mourned by thousands and one of Edmonton’s loveliest parks on the south bank of the Saskatchewan River has been named after her. Murphy continues to be remembered not only because of her hard work and many achievements, but because of her vision in helping Albertans and all Canadians to become a more progressive and inclusive people.

Malcom Groat was a fur trader, a home service volunteer in the Crimean War, and a master builder of coaches. Despite all these experiences, his heart was in farming and when he settled in Edmonton in 1878, he bought a huge chunk of land that was the original “west end.” It stretched from 121 Street to 149 Street and from Jasper Avenue as far north as 111 Avenue. It was there that he and his wife Marguerite settled. They raised cattle while still operating a cartage business.

Groat’s home on 125 Street was said to have one of the most beautiful views of the river in its time. As he grew older, he subdivided and sold parcels of his land. This area bears his name in many places: Groat Estates, Groat Ravine, and Groat Road. In 1954 the “west end” bridge was also named after him. Groat was founder and charter member of the Northern Alberta Pioneers and Old Timers Association. Malcolm Groat was a hugely influential part of Edmonton’s movement from a fur-trading post to a twentieth century city.

Dr. Gladys Edith Muttart (1902-1969) helped form the Canadian Diabetic Association, where she served as its president for three years. She also helped establish a camp for diabetic children and was organizing director and chair of the Canadian Diabetic Association Foundation. She was a lifetime member of the Y.W.C.A., a member of the National Council of Women of Canada, the Alumni Association of the University of Alberta, and the United Church Women. In 1962, she was presented with a Sisterhood in the Order of St. John of Jerusalem in Ottawa. In the midst of all this involvement, she studied lip reading, and became an accomplished painter. In 1964, Mount Allison University in New Brunswick presented her with an honorary Doctorate.

Dr. Muttart’s husband, Merrill Davis Muttart (1903-1970), formed a demolition company at the age of twenty-three with a financial base of $1,250, using the salvaged lumber as the basis for his lumber company. His Gladmer Development Company was formed to provide low-cost housing for families following the Second World War. He sold many of his companies back to his employees, usually requiring no down payment and allowing extended mortgages. His motto was, “Roll up your sleeves – dawn to dusk.” In addition to his businesses, Mr. Muttart served on governors’ boards at the University of Alberta, Alberta College, St. Stephen’s College, and the Alberta Motor Association.

The Muttarts shared in Muttart Enterprises, with Merrill the president and Gladys vice-president and partner. They established the Muttart Foundation that aided education for young people, and helped fund children’s camps and scientific research. In 1973, a one million dollar gift from the Foundation helped fund the botanical conservatory, which now bears the Muttart name, and in 1981 it granted 1.2 million dollars for research into diabetes. Through these gifts, this generous couple still contributes to the quality of life in this city.

Frank Oliver was a journalist who worked for both the Toronto Globe and the Winnipeg Free Press before moving to Fort Edmonton in 1878. He bought the first town lot to be sold, and built the first commercial operation outside the Fort, a log store that he operated as a general merchant for five years.

Oliver’s profile really began to grow when, in partnership with Alexander Taylor (1854-1915), he began his first newspaper, the Edmonton Bulletin, in 1880. Taylor ran the telegraph office and was able to get national news via Winnipeg. Oliver saw the Bulletin as a key instrument in a growing community. His editorial often protected the rights of the pioneers whom, he felt, could be subject to abuse by the federal government, large railway corporations and land companies. His blunt forcefulness would serve him well in his eventual political career, as he became Minister of the Interior in the federal government from 1905-1911. At that time he became more appreciative of foreign investment, but always remained a strong supporter of local ownership.

As a newspaper editor and politician, Oliver played a major role in defining Edmonton’s identity as a northern community during Western Canada’s evolution from a frontier region to an established part of the Dominion of Canada. In honour of his work, Edmonton has named an area of the City after him. 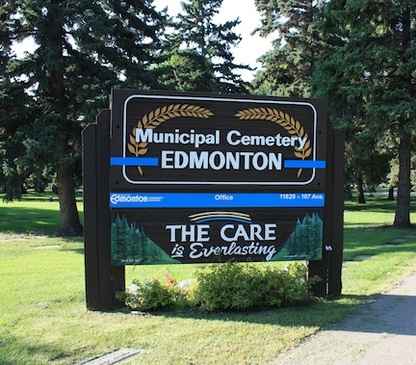 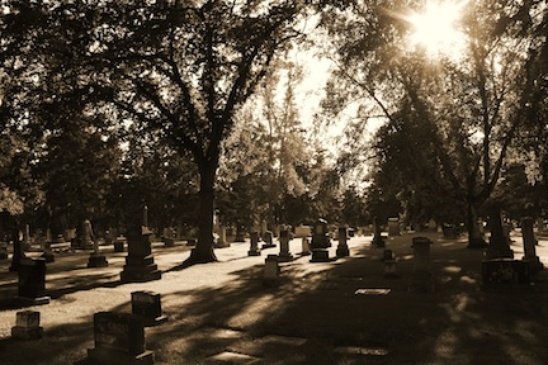 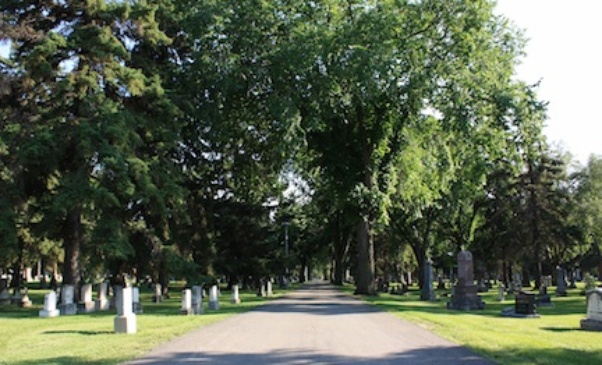 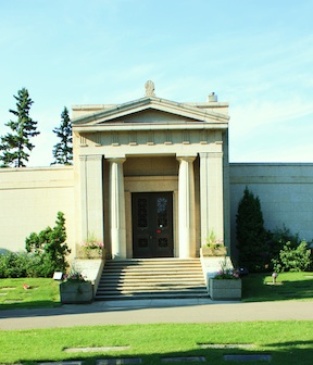 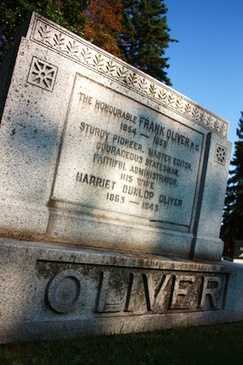 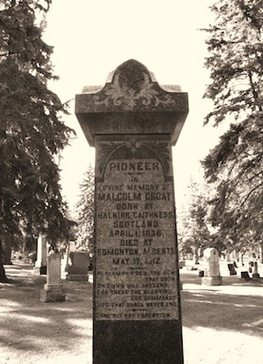