The Edmonton Public School Board Building (EPSB) along with The Edmonton Art Gallery and theUniversity of Alberta Student Union Building (SUB), are the best examples of Brutalist architecture in Edmonton. Richards Berretti and Jelinek designed this building concurrently with the new SUB at the University and one can see the relationship between the two structures. The EPSB building has a similar composition to the lower two floors of SUB, essentially a glazed open main floor supporting a second floor concrete box complete with strip windows. Here the curtain wall glazing is pulled out to the exterior of the building covering the supporting columns, whereas at SUB, the concrete columns form an exterior colonnade that one navigates before entering the building. at SUB, the visitor enters under the supported second floor volume, whereas at EPSB a cantilevered concrete canopy signals the building’s front door. One of the major differences between the two buildings is the quality of the concrete cladding on the second floor volume. In the EPS Building, the concrete is board-formed giving it a softer more textured quality than the smooth pre-cast concrete panels used at SUB. Richards Berretti and Jelinek also employed black anodized aluminum sun screens over the east and west second storey strip windows that are designed to minimize the low angle morning and afternoon sun intensities. 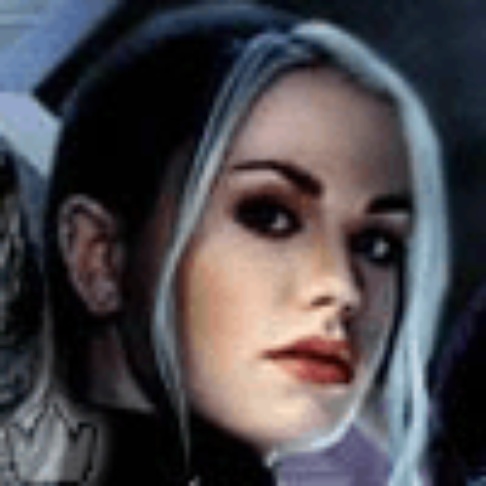 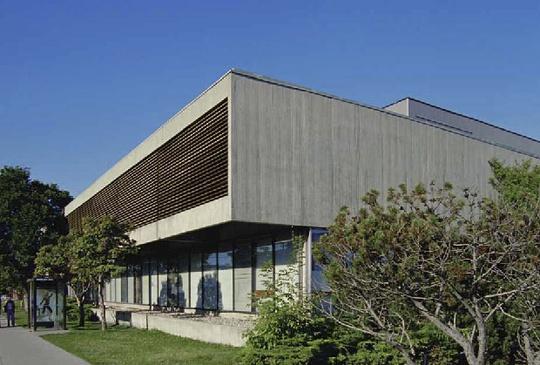