This building was erected in 1893 as the regional Land, Timber and Registry Office.  It is the oldest Federal administration building in Alberta.  During World War I it became the Victoria Armouries, serving the 19 Alberta Dragoons, and later the Edmonton Fusiliers and 19 Armoured Car Regiment.  In 1949 it was taken over by the Alberta Department of Health.

It is a beautiful building, along with the people that provide a much needed service.

I was driving by the old land title building the other day, I saw it was fenced off, Is this building in disrepair, or is it going to be demolished,

No it is going to be restored. 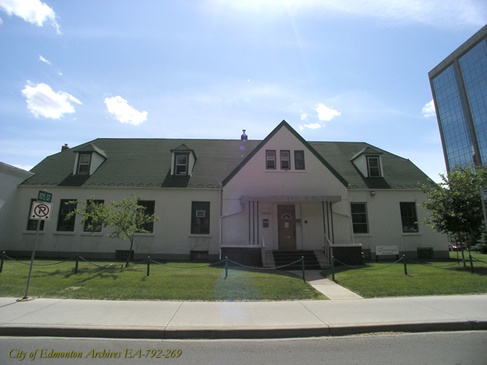 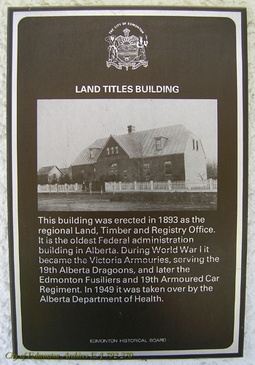