Sohan Singh Bhullar Park is an ornamental park in Millwoods at 8603 38 Avenue named after Sohan Singh Bhullar (1882- 1968), one of the early immigrants to Canada and Edmonton from India. His marriage with Effie Jones, an African Canadian from the U.S. in the early 1920s was unique for that time. Together they supported many South Asians immigrants and students in Edmonton in the 1950s and 1960s.

According to the City records, Sohan Singh Bhullarcame to Canada in 1900 from the agricultural province of Punjab, India when he was just 18 years old. He moved to Alberta in 1907. His time in Canada began as a farm labourer and gradually he made a career in agriculture by securing farmlands. Until 1953 he lived and worked in Green Court, Noyes Crossing and Calahoo. He finally settled in Edmonton in 1953 at a time when very few South Asians chose to live here.

Sohan Singh’s marriage with Effie Jones in 1926, an African Canadian whose family had moved from the U.S. and settled on a farm in the Athabasca region, was quite modern but not unusual for an Indian Sikh. They remained close together until their deaths in 1968 and had seven children together. Effie adopted the Indian culture, language and culinary skills and supported Sohan Singh in his community work. Their family home at 112 Street and 87 Avenue in Edmonton was a popular place for newcomers and students from South Asia.

Effie accompanied Sohan Singh to India. The attached picture shows Effie, dressed in the traditional salwaar kameez, seated in Bhullar’s family home courtyard in Punjab. They returned to Edmonton in 1964 and kept on working for the community. Sohan Singh died on November 30, 1968 and Effie died a month later.

Seventeen years later, Bhullar Park was opened in his memory. However, the history and identity of Sohan Singh Bhullar was gradually lost among hundreds of people with similar surnames now living in Edmonton. To better honor his memory, the City renamed the park to Sohan Singh Bhullar in June 2013.

These are my Grandparents....so proud of them.

Note - My Grandfather, Sohan Singh Bhullar-was known as Samuel Singh, and everyone called him "Sam" - many early immigrants changed their names to Anglo/English names to make it easier for English only speaking people in Canada who have trouble pronouncing, remembering, and spelling names from India and other countries. I am also deeply honoured to be the Grandchild of Sam & Effie; truly they helped so many; worked so hard; and did it all with grace and humour.

Its been Proud for all punjabi community

Great article. These were my great grandparents. I never met them but occasionally like to read their story. Thanks.

These were also my great grandparents, and Jeremy and I are first cousins. It seems like we have familial relation to others in the Edmonton area that we don't even know about or have ever met! It's amazing how much these two reached so many people, and how their interracial love story is such a great source of pride for our whole large family.

Gurpal Bhullar was my grandfather, Sohan Singh was his uncle and helped to bring him over here and he proceeded to help others come to India. We are grateful for everything they did, to give us the opportunities we had in life. Jason and Jeremy Singh, you are related to the Bhullar's in Edmonton and Gurpal's daughter married and her last name is Sidhu and is still in touch with Helen.

I live in Edmonton they are my great (great?) grandparents? So proud to see this

Thank you everyone. Very kind of you. I am writing an article on Effie and Sohan's daughter, Judi (Judy) Singh. She was perhaps the best Jazz musician of her times and created a CBC hit "Time for Love" in 1970. If you have any family memorabilia story or photos of her that you would like to share please feel free to reach out to me through sarkar.poushali@gmail.com

These are my great, great grandparents. Such an amazing history!

Officially going down the rabbit hole with this story! I heard your CBC radio interview, Poushali, and found it fascinating. I shared the CBC web article with my grade 6 students (we've been writing about various topics and stories during Black History Month) and this really piqued their interest! One question: were you able to directly interview Judi? Or is that something that you're working on doing in the future? Thank you for uncovering angles to our local history that have been largely ignored or forgotten! It's vital to remind ourselves of how rich and diverse our collective stories are. :)

Sohan (Sam) and Effie were my Grandfather and Grandmother, as Helen is my Mother. I have fond and vivid memories of spending time with with my Grandparents. Large gatherings and meals were quite common, sharing with not only family, but guests as well. I am very proud to have had these special people in my life, and hope that their legacy lives on. 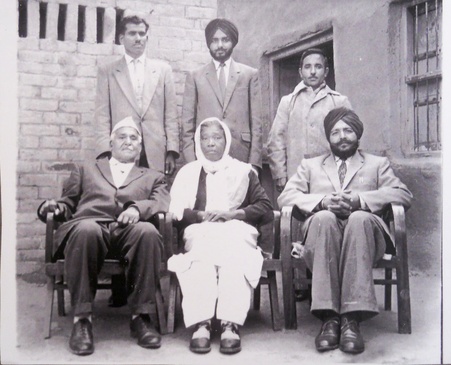 Effie and Sohan Singh Bhullar in Punjab in 1963 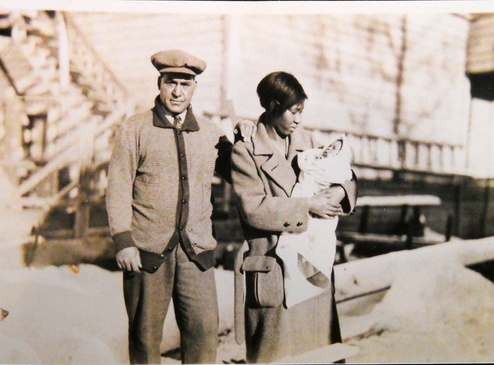 Sohan Singh and Effie with their first-born, Helen 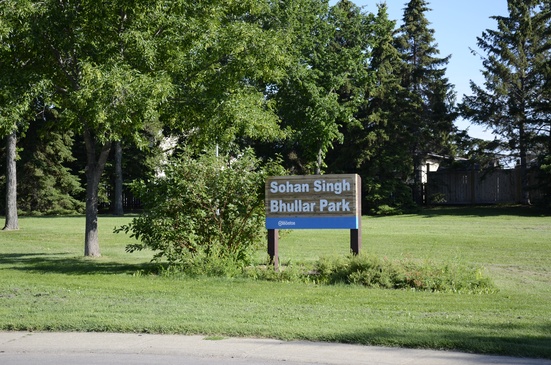 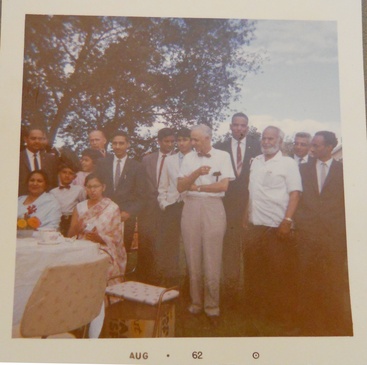